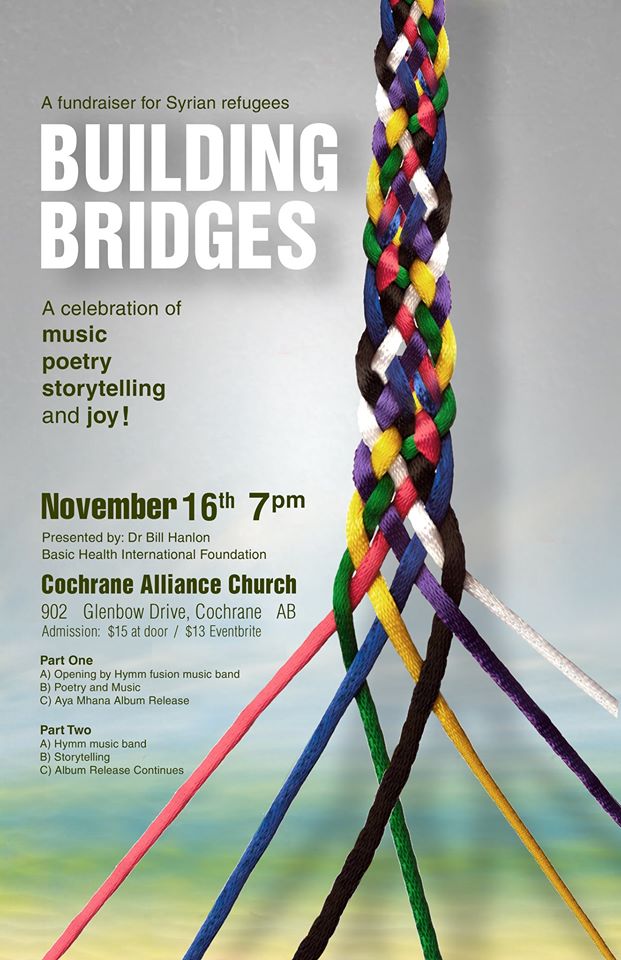 Join us for the Building Bridges concert in Cochrane on Saturday November 16th 7pm
It is a fundraiser for Syrian refugees who have settled in the Bow Valley and Venezuela
The music will include musicians from Syria, Iran, Russia and Canada
Aya Mhana, a refugee from Syria will launch her new album titled “Homeland”
The fusion band Hymm will play some new compositions
The poetry will include the ancient Persian poet Saadi, the Canadian poet/songmaster Leonard Cohen and the Irish poet Seamus Heaney
The stories will come from Syrian refugees describing their life journey, their progress and contributions in making a new life in Canada
The concert will focus on the power of human resilience, the power of the story and the power of music in reconciliation, tolerance and growth for all of us !

This entry was posted in Uncategorized and tagged Fundraising. Bookmark the permalink.